There we were, a group of us, standing in the cold drizzle on the edge of a windy small town airfield in the middle of Illinois, cheering like a bunch of giddy schoolchildren. We were tired, hungry, wet, and freezing, but we were happy because the helicopter engine had started up.

The helicopter in question was a bright yellow Hiller UH-12 from the early 1960s with the tail number N78OND. This was the first time the engine had been fired up in several years, and it was music to our ears.

For this was no ordinary helicopter. This particular machine achieved its moment of aviation fame when it chased a youthful Sean Connery across the hilltops of the Turkish countryside in the second James Bond movie, From Russia With Love. And while it’s one of the group’s more recent acquisitions, it is the oldest vehicle in our collection.

Several years ago I was lucky enough to be invited to do a signing for my book JAMES BOND: The History of the Illustrated 007 at an event alongside former Bond novelist Raymond Benson. Over dinner later, he said something along the lines of “You know your Bond, and you like fixing cars and stuff. I should introduce you to some friends of mine.” That introduction turned out to be an invitation to join The Ian Fleming Foundation.

The IFF is dedicated to the study and preservation of the history of Ian Fleming’s literary works, the James Bond phenomenon, and their impact on popular culture. It is also a center of research for all aspects of James Bond and has an extensive archive. But the most fun part of being part of the IFF is the vehicles. We rescue and restore James Bond movie vehicles. At the time of writing, we have thirty-five vehicles in total, as well as various onscreen props and models, with seventeen of them currently on display at the “Bond In Motion” exhibit in Covent Garden, London. Those not on exhibit or loan elsewhere are held in our hanger on the edge of that remote airfield, where they are either being stored or undergoing repairs and restoration, like the helicopter.

It’s amazing where these treasures have been found: cars found in barns, a stunt truck being used as a training aid at a fire station, a light plane being used for advertising, a boat converted into a bar, and filming models rotting away in garden sheds, to name a few.

While some of the IFF team who live locally look after the collection on a day-to-day basis, the rest of us gather a few times a year to help out with major projects. As a result, I’ve gotten to play with, and work on, some of the coolest vehicles ever to grace the movie screen. Now whenever I rewatch a Bond movie (which is frequently), I always smile when I see one of our vehicles in action, especially if it’s one that’s been restored to how it looked during its moment of glory. 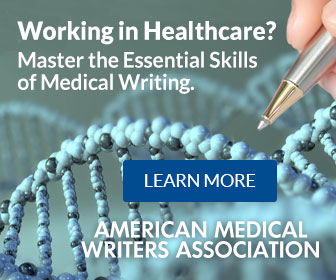