Plain Language and Clear Design  Improve Usability for All

The following is an excerpt adapted from the book Design for Cognitive Bias by David Dylan Thomas, available now from A Book Apart.

Let’s say you need to get from Elwyn, Pennsylvania, to Jefferson Station in downtown Philadelphia. Take a glance at a SEPTA regional rail schedule. Literally, just glance at it. Don’t actually read it.

Now, how hard do you think it’ll be to get to Jefferson Station using SEPTA? 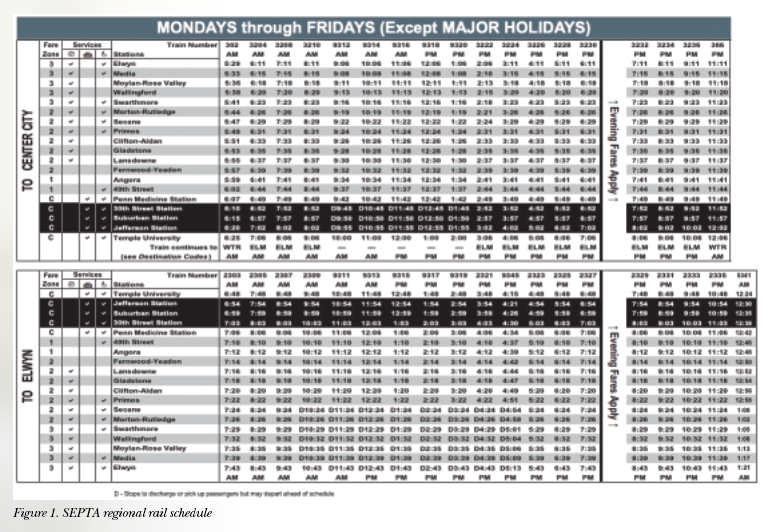 Next, glance equally quickly at the schedule interface for the SEPTA app.

Now how hard do you think it’ll be to get to Jefferson Station?

Taking public transportation suddenly seems way easier. That’s because of a phenomenon known as cognitive fluency—the idea that we translate cognitive ease into actual ease. If something looks hard to read, we assume that whatever it’s describing will be hard to do. By the same token, if something looks easy to read, we assume that whatever it’s talking about will be easy to do.

To be clear, we make this judgment before we read a single word. We could glance at a densely worded recipe for making pancakes and immediately conclude that making pancakes is not for us.

But if we glance at an imagery-rich, easily scannable recipe for making pancakes that uses exactly the same words, we’ll be more apt to fire up the griddle. Better yet, a play button and a two-minute time limit might prompt you to ask, “Why are we not making pancakes RIGHT NOW!?”

When I work with clients to conduct content audits, I take care to distinguish “Does it look easy to read?” from “Is it actually easy to read?” as criteria, because these are two separate, but equally important, factors in whether or not your content is successful. A help article might use the plainest language in the world, but if it looks like it’s going to be hard to read, users will never know how approachable it is because they will never read it. And if the article looks super easy to read but is full of jargon and literally makes no sense, now you’ve just wasted your users’ time.

But the readability of content does much more than determine whether or not we will engage with it. Information that’s easier and more pleasant to read is also easier to believe.

On top of that, we tend to believe things more if they rhyme. Yes, “An apple a day keeps the doctor away” seems truer than “You should eat more apples, bruh.”

This has very real consequences: “If it doesn’t fit, you must acquit.”

Why are we so credulous? Well, we aren’t gullible so much as efficient. We tend to believe things that are easy for our minds to process. If you think about this in terms of memory, it makes perfect sense. If I were to ask you what you got for your fifth birthday, odds are you wouldn’t remember. A leading question like “You got a toy truck, right?” might give you pause. You wouldn’t be sure. And you wouldn’t necessarily believe it was true, because that memory is not easy to retrieve. It’s difficult, if not impossible, to process.

On the other hand, if I asked you how confident you were about what you had for breakfast this morning, you would feel pretty confident because it just happened. It’s really easy to retrieve. It’s super easy to process. Odds are it’s very similar to breakfasts you’ve eaten many, many times, which makes it even easier to process. Since it’s easy to retrieve, it seems very believable. Easy to process becomes equated with easy to believe.

This extends to name pronunciation. There’s a phenomenon called—wait for it—the name-pronunciation effect. And it’s exactly what you would expect. People with names you find easy to pronounce are viewed more favorably than those with names deemed difficult to pronounce, which can lead to promotions, votes, and more. In fact, when one study looked at law firms, the further up they went on the corporate ladder, the easier the names got to pronounce. It’s worth clarifying that “easier to pronounce” is itself a culturally biased phenomenon. Depending on where you are, “Mary” is easy to pronounce. In other contexts, “Mbiyimoh” is easy to pronounce. But if that name is easier to pronounce in that environment, its owner has a leg up over folks whose names do not fall trippingly off the tongue of the dominant culture.

This even extends to stocks. A study of stock performance of IPOs as a function of the pronounceability of the name of the stock discovered that not only did stocks with easier-to-pronounce names perform better, but stocks whose ticker codes were easier to pronounce (KAR versus RDO) performed better.

People will put cash money down on things that are easier to process.

Our tendency to believe things that are easy to process matters because there are things in this world users need to believe. Like information about health and medicine, for instance.

It is an understatement to say there is a crisis of faith in health information from the government among African Americans. When prompted with the statement “The government usually tells the truth about major health issues, like HIV/AIDS,” only 37 percent of African Americans responded with “Slightly Agree” or “Strongly Agree.” That was in 2002–2003. By 2016, that had dropped to 18 percent.

By contrast, the number that agreed with the statement “The medicine that doctors prescribe to treat HIV is poison” went from 7 percent to 18 percent during the same period, and the number that agreed that “HIV is a man-made virus” went from 48 percent to 51 percent. In other words, the same percentage of African Americans believe that medicine used to treat HIV is poison as believe that the government tells the truth about AIDS. And far more believe that HIV is man-made.

One could write a whole other book (and, indeed, some have) about why African Americans have legitimate reasons to be concerned about health information coming from the U.S. government. Having said that, this is information that could save lives. So, if it needs to use big, bold typefaces and speak in plain language (common words and phrases that most people can understand) and, yes, even rhyme, so be it.

The plain-language aspect of this solution is, in fact, law. The Plain Writing Act of 2010 creates provisions for “clear Government communication that the public can understand and use.” The guidelines are well worth a read, even if you don’t work for the government.

But do these kinds of approaches really save lives? Well, a study around plain language, pregnancy, and smoking found that “pregnant smokers and ex-smokers who received a specially designed intervention with materials written at the third-grade reading level were more likely to achieve abstinence during pregnancy and six weeks postpartum than those who received standard materials.”

Plain language and engaging visuals can also help caregivers who need to encourage their patients to take the right dose of medicine (or take it at all)—both very big problems in healthcare. In one study, a group of caregivers received instructions using plain language and pictographs; the results were fewer dosing errors and better patient adherence to taking the medicine in the first place.

Okay, you might say, that’s all well and good, but can rhyming really help save lives? Well, the “Click It or Ticket” campaign to increase seat belt use, given a major law enforcement and advertising push in 2003, had the following result: “National seat belt use among young men and women ages 16–24 moved from 65 percent to 72 percent, and 73 percent to 80 percent, respectively, while belt use in the overall population increased from 75 percent to 79 percent” (http://bkaprt.com/dcb/02-17/). That’s not to say this was the only factor in the rollout, but these results were measured after the rhyming campaign was added on top of existing law changes. What’s more, “NHTSA (2005) estimates that for ‘each percentage point increase in seat belt use, an additional 2.8 million people are buckled up, and about 270 lives are saved.’” That’s 3,780 lives saved.

It’s silly, but it works. 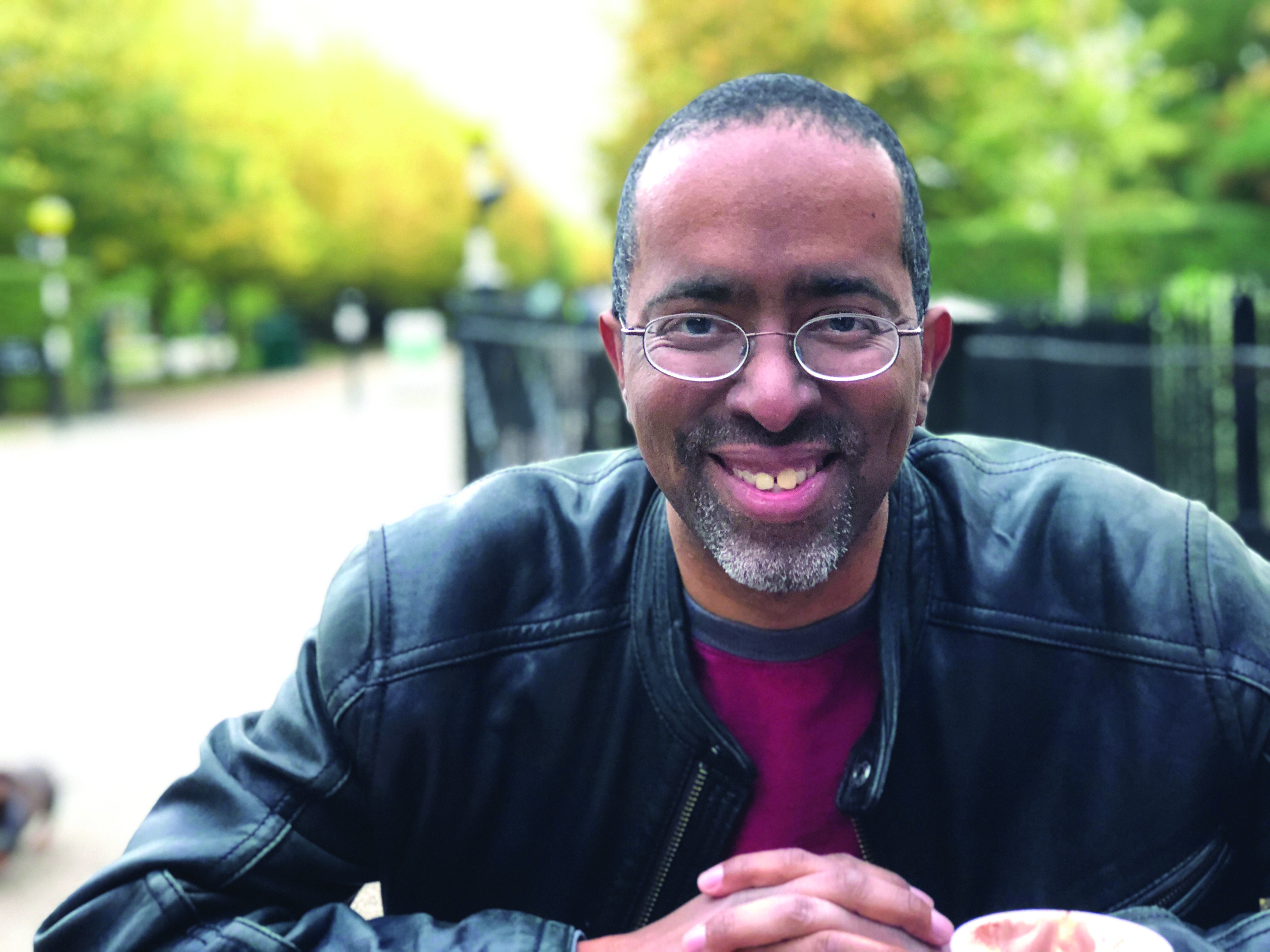 DAVID DYLAN THOMAS (daviddylanthomas.com) is the author of the book Design for Cognitive Bias from A Book Apart and is the creator and host of the Cognitive Bias Podcast. He has developed digital strategies for major clients in entertainment, healthcare, publishing, finance, and retail. He has presented at TEDNYC, SXSW Interactive, Confab, An Event Apart, LavaCon, UX Copenhagen, Artifact, IA Conference, Design and Content Conference, and the Wharton Web Conference on topics at the intersection of bias, design, and social justice. 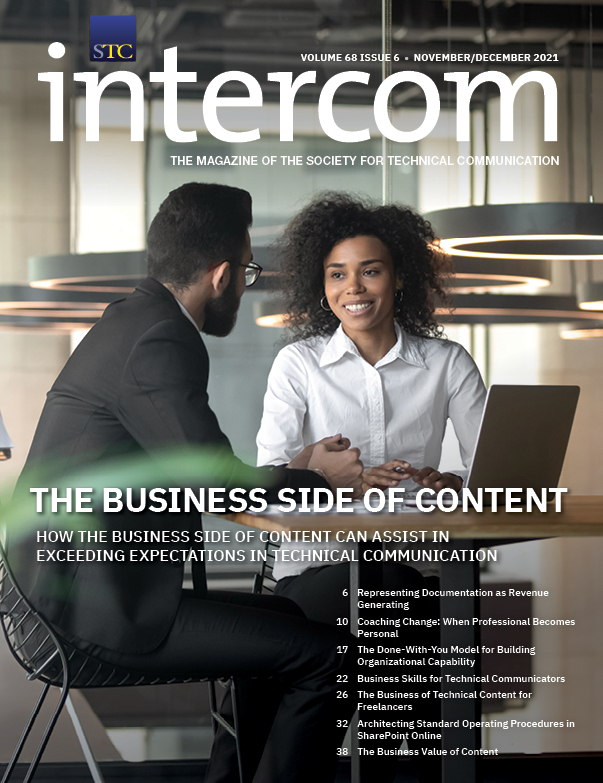