Over the past several years, discussions about the usability of products and systems have become deeper. While some believe that we should ignore race in usability and design, others assert that treating everyone equally assumes a homogeneity that doesn’t exist, reinforcing existing systems of power.

Discussions about usability now rightly extend to concerns about accessibility, equity, and inclusion of broader user groups. While some thought that the election of the first Black U.S. president, Barack Obama, signaled the beginning of a post-racial age, it is clear that racial divisions still persist. Although many companies are giving more attention to diversity, equity, and inclusion (DEI) by hiring executives to focus on DEI and by promoting related programs, vestiges of racism remain in the corporate world.

User researcher Alba Villamil argues that user researchers must be specifically mindful of race when recruiting research participants. Villamil is an independent UX researcher focused on projects with social impacts, and a partner and facilitator at the consultancy HmntyCntrd.

In a presentation for UXR Conference Anywhere in February 2021, Villamil notes that some in design and user research have argued for colorblind designs made while excluding race from discussion of users’ demographics. Villamil argues that colorblind user research is harmful, producing racist designs that promote racial inequality or oppression.

In establishing what she means by race and racism, Villamil says race is an assumption that society can divide people into groups based on their physical characteristics, and that those groups have meaningful differences. She points out that while genes make us who we are, one cannot examine another’s genes to determine that person’s race.

Villamil points out that definitions of race — and of specific races — have changed over time and continue to change. She quotes sociologist and law professor Dorothy E. Roberts, who said “Race isn’t just socially constructed. It’s invented and continues to be reinvented.” Going further, Villamil asks key questions about race: who invented it, how does this invention work, and for what was (and is) this invention being used?

As European powers began to colonize other lands around the world and even to enslave other peoples, white people sometimes equated dark skin with soullessness. Villamil says this logic allowed them to pursue these actions on religious and spiritual grounds in addition to the economic ones. This discrimination would be reinforced by scientists who viewed their work through the lens of racial hierarchy; starting in the 1700s, this discrimination would persist in the sciences for centuries. Racism, Villamil says, is a set of beliefs and structures that preserve racial inequality and oppression.

It is clear that many barriers have been broken down through the civil rights movement, and that a new openness can be seen in many areas of society. Villamil says that some designers and researchers have felt that after Barack Obama ascended to the US presidency, race no longer warranted their concerns. To be colorblind, these designers and researchers have avoided labeling or categorizing users by race. 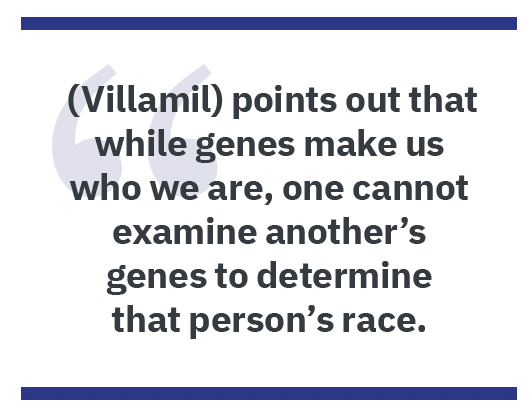 Villamil argues, however, that people should continue to be aware of race to prevent those societal gains from being lost. Researchers must be sure to recruit diverse groups of users and to frame their research results appropriately. As long as racism persists, designers and researchers should directly attend to race to avoid reinstating racist designs and practices. 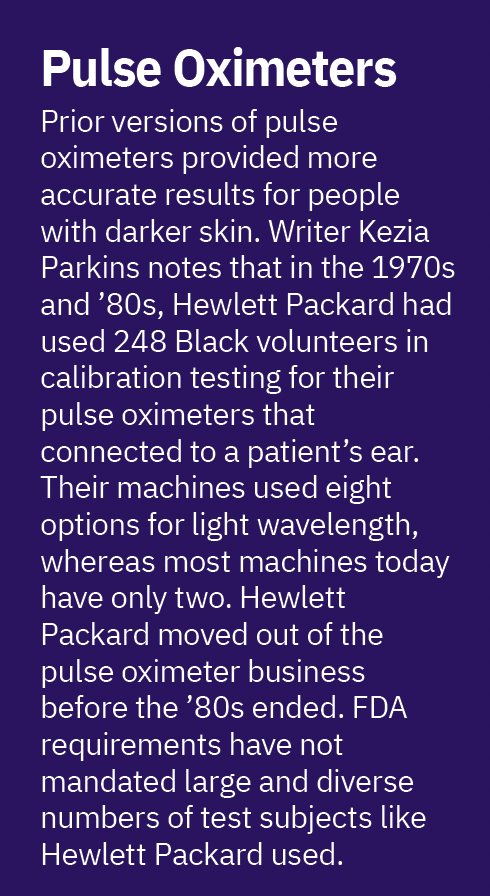 Villamil says that colorblind user research erases whiteness, erases the history of racial inequality, and erases related prejudice. In her presentation, Villamil gives examples of designs that could have been improved with direct attention to race during design. One is a digital camera that, after being used to take a picture of an Asian person, prompted the user with the comment, “Did someone blink?” Another is online conferencing software that obscures the faces of people with darker skin and hair. A third is the pulse oximeter, which has been used often during the COVID-19 pandemic and frequently provides errant readings for darker-skinned patients. Villamil says race-neutral recruiting practices in user research lead to products such as these.

Villamil gives the example of former surgeon general Dr. Eric Adams, who warned people of color during the pandemic about the COVID-related dangers of leaving their homes to buy drugs or alcohol. In fact, people of color were much more likely to have service jobs considered essential at the time, jobs that regularly put them in contact with other people. Villamil says racist practices in housing, in education, in bank lending, and labor markets are some of the factors making it harder for people of color to land the kinds of jobs that could be done from home rather than in person. But in practice, it is often easier for leaders to blame the victims for their perceived deficiencies than to call out structural issues and move for meaningful change.

To better serve users of color and to produce better research results overall, Villamil recommends that researchers study up. This means studying the users and the processes that hurt marginalized people, rather than studying only the behavior of marginalized users. Villamil gives the example of the Twitter hashtag #AirBnBWhileBlack, which identifies posts describing how some Airbnb rental hosts discriminated against Black renters. Studying up in this case involves not studying how Black people use Airbnb to find lodging, but rather studying how non-Black hosts use Airbnb to discriminate against Black renters. What do these hosts look for in messages from renters? Do they avoid renters with Black-sounding names? Do they accept non-Black renters with lower ratings than potential Black renters?

Villamil says studying up treats intra-user discrimination as a given; it helps identify behaviors of bad actors and can make it more difficult for them to discriminate on a platform or service. By directly attending to race, designers and user researchers acknowledge that not everyone views the world through a post-racial lens.

User Research with Awareness of Color

Only by acknowledging the true diversity of experiences and appearance can we truly understand our users’ needs.

RUSSELL WILLERTON, PhD, is a technical writer/editor for Po’okela Solutions, LLC. Send comments or questions about this column to russell.willerton@gmail.com. 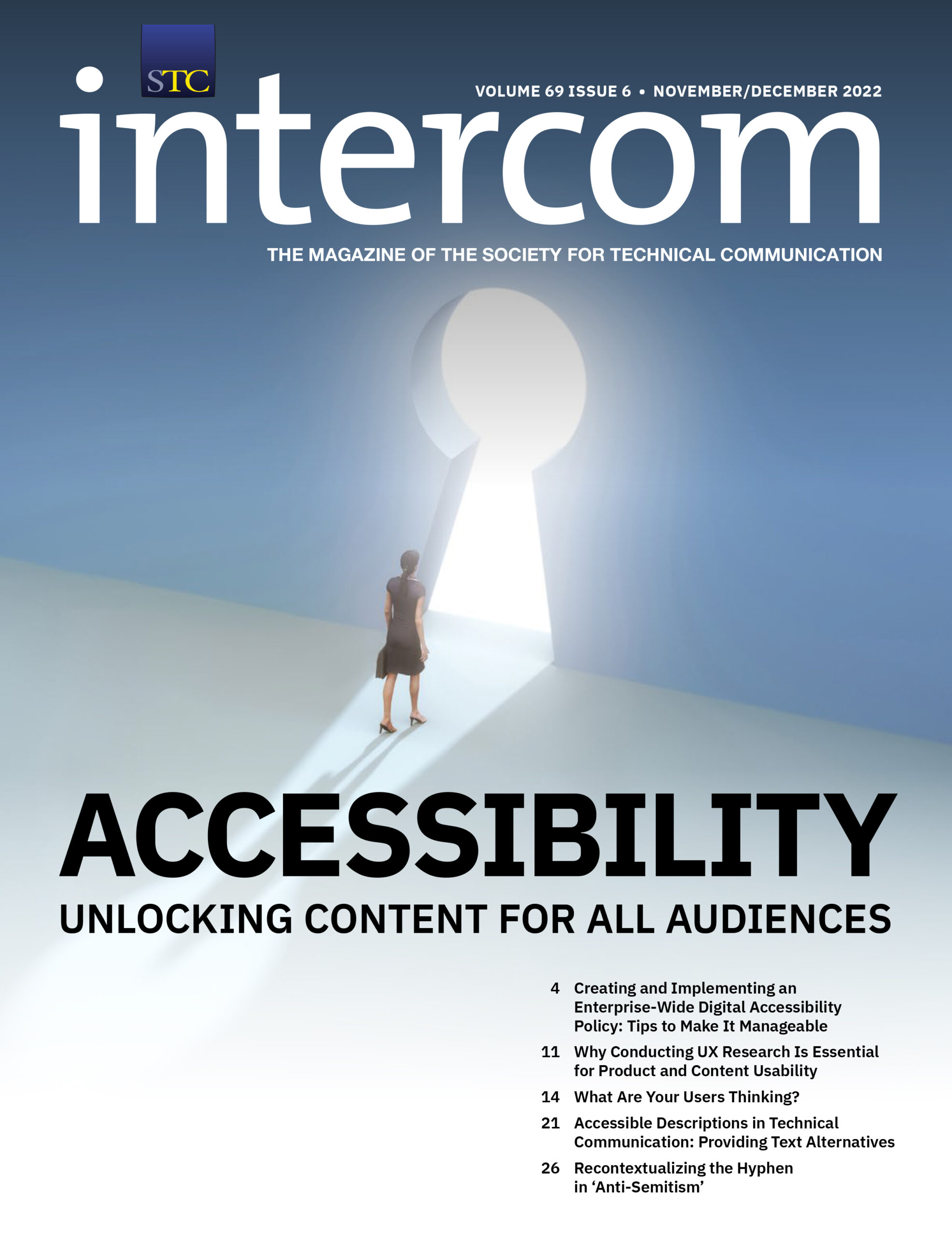