How do we design and deliver information in a hybrid world of human-machine interaction?

The Fourth Industrial Revolution (aka Industry 4.0) presents challenges to everyone, and most especially to information specialists. For the first time in history, machines are making decisions that affect humans without human intervention. It is characterised by the spread of connected, autonomous objects (Internet of Things), driven by Artificial Intelligence, with Big Data behind it to train and inform the various algorithms. What is the place of information in this revolution, and what does it mean for practitioners?

What the heck is Information 4.0 and Why Should You Care?

We kick this roundtable off with an exploration of the technologies of the fourth industrial revolution (aka Industry 4.0), how they affect information production and delivery, and a blueprint for information design and delivery that puts it directly into the DNA of future products and systems. Because without information, the Internet of Things is just a collection of things, and Artificial Intelligence is just artificial.

In week two, Ray Gallon and Andy McDonald, the initiators of the Information 4.0 Consortium, explore two real examples of products operating with Information 4.0 principles and technologies: The original Blippar app, which offered continuously updated information from the entire web in the form of ontologies, providing each user with an individual path based on their needs; and Google Duplex, an AI-based conversational agent that can respond to multiple inputs and customize its responses to a context.

In the fourth industrial revolution, information should be a key design element, but many technologists and business leaders either aren’t aware, or simply don’t know how to enable information in their products. In this panel, we’ll discuss information enabling as a central business need. How can we help raise consciousness about the importance of having information enabling capacity designed into products from day one, not as a tacked-on afterthought? We’ll focus on three areas: technology, people, and social issues, and cover topics such as: 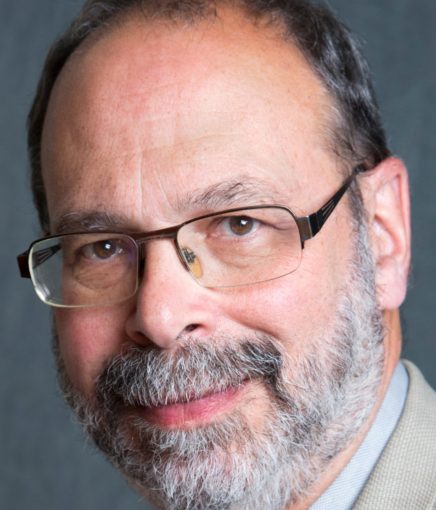 Ray Gallon is president and cofounder of the Transformation Society, which promotes digital transformation and organizational learning.  He has over 20 years’ experience in the technical content industries, including major companies such as IBM, Alcatel, and General Electric Health Care. Previously, Ray was an award-winning radio producer and journalist, working with broadcasters such as CBC, NPR, France Culture, Radio Netherlands International, Deutsche Welle, WDR. In the late 80’s, Ray was programme manager of WNYC-FM, New York Public Radio.

Ray is the current president of The Information 4.0 consortium, and an associate fellow of the Society for Technical Communication (STC). He is a former STC international board member and past president of STC France. He is a frequent speaker and keynoter on communications topics at conferences and seminars around the world, and currently teaches at the Universitat de Barcelona and the Université de Strasbourg, and serves as co-chair of the Transformation Society and Information 4.0 Research and Development Group (RDG) of the World Federation of Associations for Teacher Education (WFATE). He has also taught in graduate and undergraduate programmes at New York University, The New School, Université de Toulouse Le Mirail, Université Paul Valéry, and Université de Paris Diderot. He has contributed to numerous books, journals, and magazines, and is the editor of The Language of Technical Communication (XML Press).

Ray shares his life between Barcelona, Spain, and the Occitanie region of France

Join our community for the top technical communication content.

Did this month’s theme spark questions? Are you interested in learning more? This is the forum to ask questions and discuss your experiences, challenges, and insights related to the monthly topic.

Do you have questions about technical communication? Use this forum to connect with other Roundtable members or curators to ask and answer your questions.

Do you have questions about Roundtable, or are you experiencing technical challenges? Use this forum to ask and get answer to questions.