In this issue, we look at books that cover the present information environment from a variety of perspectives. 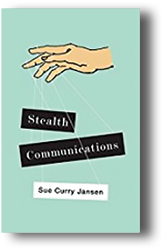 Early in the last century, Edward Bernays, often called “the father of public relations,” bragged of the power “shrewd persons operating behind the scenes” had to “control the destinies of millions.”

Today these “shrewd persons” have become a multibillion dollar industry with global reach. Using an arsenal of manipulative “dark arts”—deceptive language, Astroturf groups, partisan studies, and, more recently, the exploitation of the Internet and social media—industry operatives influence public attitudes on everything from global warming, to public policy, to the outcome of elections, to who is considered friend or foe.

In Stealth Communications, Jansen argues that given its power, and despite numerous scandals, the PR industry has never gotten the scrutiny it deserves. In this fascinating, well researched book, she pulls back the curtain on the industry to reveal what can be known of its history, its methods, its effectiveness, its phenomenal growth and global reach, its ever-evolving organizational structures, its clients and their agendas, and more.

While Jansen concedes that much PR, although manipulative, is fairly innocuous—product rollouts and celebrity “buzz”—a sizeable and very lucrative portion of the industry promotes ends that are deeply troubling: whitewashing corporate wrongdoing, propping up ruthless dictators, sowing confusion about issues such as global warming, and in Orwell’s words, “defending the indefensible.”

At the heart of Jansen’s concern is the observation that at its core PR practices are anti-democratic. PR initiatives are most effective when they are invisible, when their manipulative message goes unrecognized as such, and when their sponsors remain unknown. Yet invisibility violates the norms of transparency and accountability that democratic institutions require to function. At the very least, many PR activities sow confusion and destroy trust in public institutions, and that makes a grave problem for all of us.

While the powerful have always had people to look after their interests, public relations as a commercial mercenary activity is relatively new and largely an American invention. Jansen traces its origins from the robber baron era, where it served to fight labor organizing and fend off calls for industrial regulation. Its methods were soon honed for wartime propaganda. With the rise of American commercial power, it was exported to the rest of the world where it plays a major role in promoting the neoliberal globalization favored by corporate power.

To illustrate its points, Stealth Communications contains a number of case studies showing high-stakes PR in action, among them the deceptive campaign conducted by an American firm to promote the Gulf War.

Stealth Communications is a carefully argued and information packed book whose riches and importance could be barely be touched on in this short review. Among those subjects I haven’t touched are nation branding, the use of PR by non-governmental organizations, and various efforts that are being made to critique and reform the industry. The information Stealth Communications contains is indispensable for an understanding of the modern world.

Overload: Finding the Truth in Today’s Deluge of News 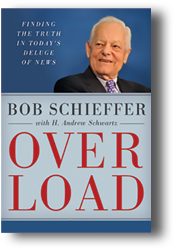 In this timely book Bob Schieffer and H. Andrew Schwartz assess the current state of journalism and why it matters. While journalism faces many problems, they argue, it is not dead and, in fact, is more important than ever.

Schieffer (a veteran broadcaster) and Schwartz (a chief communications officer) together conducted more than a year of interviews with the principle players to report on how leading media companies are coping with a range of challenges—shrinking revenue, changing technology, the rise of social media, attacks on their integrity—to meet the needs of an audience that wants news 24/7, and on multiple platforms.

The authors stress that while platforms change, the core mission of journalism remains the same: to gather the facts, verify what is found, sort out what is important, report it so it can be understood, and when necessary, tell truth to power. In a global world, where hidden actors conduct influence operations to affect political and social outcomes, the authors maintain, the state of journalism is also a national security issue.

Much of the book describes what the major news outlets are doing to meet their many challenges. While the major newspapers still print, they are also developing a vigorous web presence, producing videos and podcasts, and experimenting with various subscription models to replace lost advertising revenue. The major broadcasters are also adjusting, releasing stories throughout the day, and offering star-power commentary.

While the new platforms—podcasts, video feeds, newsletters, blogs—have brought a fire hose of information, traditional journalism’s function of curating the news through informed judgment and fact checking has largely dropped out, leaving everyone struggling to figure out what is important and true, hence the title: “Overload.”

The new platforms have also changed the audience, largely by fragmenting it. In the past, most people received a commonly agreed upon body of news and facts. Now the audience is largely self-siloed, with different segments hearing—and believing and acting on—different “facts.” This is having a profound effect on the society, increasing strife and polarization.

To add to the mess, traditional journalism is often subjected to aggressive “kill the messenger” attacks waged by bad actors for financial or political gain.

While nothing is certain, there is reason to hope that the major national players will survive, and journalism will continue to serve the public interest. The local outlook is not so good. Many towns have been hit very hard, losing their local papers. Without newspapers to cover local events and keep politicians in check, the authors warn, we are liable to get levels of corruption we’ve never seen.

For anyone interested in a level-headed assessment of the current state of American journalism, Overload is well worth the read.

The Fixer: Secrets for Saving Your Reputation in the Age of Viral Media 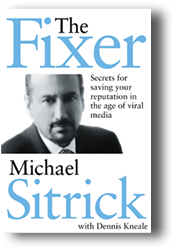 The Fixer: Secrets for Saving Your Reputation in the Age of Viral Media is unabashedly a showcase for Michael Sitrick and his services. That said, The Fixer provides a fascinating, behind-the-scenes look into how a high-stakes public relations (PR) practitioner works in the real world.

Sitrick specializes in saving the reputations of individuals and companies experiencing a PR crisis, and he is good at it. He has turned the narrative around in many high-profile cases, many of them related in this book, and in his previous book, Spin: How to Turn the Power of the Press to Your Advantage (1998).

Each chapter focuses on a different case, describes the problem, and shows how creative thinking and quick actions were used to change the narrative into one more favorable to his clients. While shepherding strategy and message, Sitrick often works with teams of attorneys, social media specialists, and others to bring about the desired result.

Sitrick tells many great stories. Among them, how his team rescued the reputation of a woman who was being scapegoated for problems at Hewlett-Packard, how he marshalled fans and investors to help Roy Disney wrest the then sagging entertainment company from the control of Michael Eisner, the steps involved in helping a company save itself from attacks by “short sellers” bent on profiting by tanking the company’s stock price, and how he played an important role in restoring the reputation of the Michael Jackson Estate after the performer’s troubled final years and tragic death.

Out of his experience, Sitrick has distilled what he calls “Rules of Engagement,” each of which is illustrated and explained in the various stories. (If you want the details, read the book.) The essence is, to get, document, and work from the facts, get out ahead of the story, never lie, and maintain excellent friendly relations with the media.

Along the way, Sitrick makes many interesting points.

Individuals and companies can get targeted, even though they have done nothing wrong (political opponents, competitors, disgruntled employees). In such cases, do everything you can to get the facts and use them to change the narrative and get your story told. In most cases, “no comment,” amounts to malpractice. If you don’t tell your own story, your opposition will tell it for you.

When a client really does have a problem—they are facing bankruptcy, or someone in the firm has acted unethically—you should focus on the fix, what the client is going to do to set things right.

Interestingly, for his purposes, Sitrick downplays the importance of social media. It can be a starting off place, but stories rarely have real impact until they are picked up in the major press.

Whether you are in public relations, the media, or just want to have a better understanding of the behind-the-scenes of how news is shaped, The Fixer is an informative and lively read.

The Truth Matters: A Citizen’s Guide to Separating Facts from Lies and Stopping Fake News in its Tracks 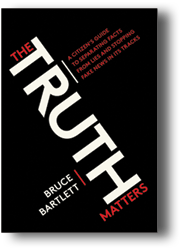 When most people got their news from a regional newspaper or the nightly news, the scope of what they heard might be limited, but they could be reasonably sure it had been curated and comported with the agreed-upon facts. With the rise of the Internet, a flood of information has become available, but responsibility for selecting what is important and reliable now falls on the individual.

With Truth Matters: A Citizen’s Guide to Separating Facts from Lies and Stopping Fake News in its Tracks, Bruce Bartlett comes to our aid. Inspired by E.B. White’s Elements of Style, which Bartlett admires, the book aims to provide an essential primer to responsible news consumption in the digital age.

In formulating his advice, Bartlett draws on years of experience working in and around the media. In a series of fifteen short articles, he offers a wealth of information to help you better understand and evaluate the news, including separating the trustworthy from the fake.

Early on, he covers conventions that govern the complex relations that exist between reporters and their sources, explains how leaks work, and defines such terms of art as “off-the-record,” and “deep background.”

In keeping with the title, much of the book offers tips and techniques for judging the quality of evidence and discusses such things as the importance of primary versus secondary sources, and contemporary records versus later representations. Throughout the book, Bartlett points to resources he trusts, some of them well known, others less so. Bartlett says reputable academic sources are usually trustworthy but warns that “think-tanks” have become highly politicized and must be regarded with suspicion.

To properly understand many stories, it is important to put numerical information in context. Bartlett discusses the traps that lie in statistical comparisons, points to resources for obtaining reliable statistics, and for doing such things as converting past amounts into current dollars. He also covers the problems of polls and polling.

Once difficult to access, he says, academic and scholarly research is becoming more easily available through websites and resources such as JSTOR and Google Scholar.

Bartlett offers several suggestions for how the media might better serve its audience, including paying more attention to the quality of links, and providing the full text of interviews.

Interestingly, in the Internet age, Bartlett regards libraries as more important than ever. Libraries can serve as guides to trustworthy information, and many offer online access to valuable resources most patrons would not be able to afford on their own.

While Bartlett points to resources throughout the text, for easy reference many of them are gathered in lists at the end of the book.

If you need help in coping in a post-truth world, the Truth Matters is an excellent place to start.

Cognitive and Motivational Effects of Practice with Videos for Software Training

A Suitable Sense of Style

Recent & Relevant
On the Cover