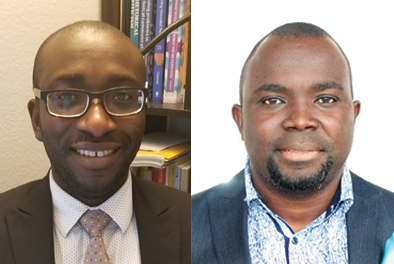 Technologies have become integral to the conduct of elections globally—and this is the case particularly in many developing democracies where there is an increasing focus on electoral integrity and the legitimacy of election candidates and eventual winners. In the developing world, for example, sites such as Somaliland are leading the way in adopting technologies to facilitate ease and security of voting and vote counting. Data released by the Institute for Democracy and Electoral Assistance (IDEA) suggest that only about 11% of countries conduct elections without using some form of technology (Wolf, 2017). Around some 57% of countries use technologies for vote counting, while about 71% of election management bodies use various technologies for election-related registration activities. Of course, this also comes with some challenges, as is crystallized by the annulment of the 2017 presidential results in Kenya as a result of “irregularities” and “illegalities” in the transmission of results from polling stations. Other cases in Ghana and the United States, among others, further reinforce the problems that are associated with technology adoption and use. Increasingly, election technologies have become scarily vulnerable to breakdown, malfunction, and hacking, raising several implications about electoral integrity—and becoming an important site for research and scholarly inquiry.

When we use the term “election technologies” in this special issue, we are not merely suggesting the physical equipment with or on which votes are cast and counted. More broadly, we refer to “every piece of hardware and software that is used by local election officials throughout the process of administering elections, from registering voters to conducting post-election audits. And the connection between that technology and the humans who use it—voters and election officials—is key” (“Elections Technology Toolkit,” para. 1). Ultimately, we are more concerned about the socio-cultural factors that influence technology use, particularly how humans interface with all forms of technologies that shape the outcome of elections. Scholarship on technologies, their use, and adoption is replete with enough information about the problems associated with the value-neutrality view of technologies. When used in a social context, technologies are invested with values, politics, and suspicions that may raise many issues for all stakeholders and which may further complicate electoral decisions.

Disciplines such as political science and computer science have long engaged many of these issues, but the field of technical and professional communication (TPC) is yet to keep pace with this research—although it is well positioned to address these issues as a result of the obvious connections between TPC and issues of technology, public discourses, civic engagement, and politics. Over the years, TPC scholars have effectively highlighted ways in which technologies either facilitate communication or affect society (Banks, 2005; Hayhoe & Grady, 2009; Sun, 2012), but little scholarship has looked at ways in which technologies (broadly defined to include paper ballots, voter registration, voter education materials, Internet technologies, scanners, ballot printing materials, user manuals and other technical documents used during elections) shape the conduct and/or outcomes of elections. Whitney (2013) demonstrated how technical communicators can contribute to electoral issues when she critically studied the 2010 Citizens Clean Elections Voter Education Guide designed with the purpose of providing the Arizona voting public with the needed information about state elections. She concluded that technical communicators have a role in helping electorates to understand how personal political gains shape how information is communicated, including how technical communication constructs “a perceived identity of certain groups of people and influences the reactions that other groups have to them” (p. 451). More so, Dorpenyo’s (2016) work on biometric machines used in the 2012 Ghana elections also points to ways in which technical communicators have vital roles to play in technology adoption during elections, especially in unenfranchised sites. Essentially, issues about technologies and their deployment or use in elections raise important usability and social justice questions for both designers and users of such technologies, especially in unenfranchised cultural sites. We believe that technical communicators have important roles to play in this conversation because of our long standing conversations on technology and social justice (Agboka, 2013; Jones, 2016a, 2016b; Rose, 2016); technology, race, and access (Banks, 2005; Haas, 2012; Seigel, 2013); technology and human rights (Walton, 2016); and technology and ethics (Katz, 1992).

Election matters, central to which are technologies, also crystallize how TPC can contribute to democratic discourse and civic engagement. If technologies raise concerns about integrity, social justice, usability, and human rights, technical communicators can play a mediating role in how people interface with technologies and/or how they can effectively use these technologies to accomplish their civic, political, or democratic goals. Doing this can offer perspectives about ways in which we can prepare our students to pursue the public good. In his guest editor introduction to the special issue of Technical Communication Quarterly devoted to civic engagement and technical communication, for example, Dubinsky (2004) charges TPC scholars to prepare students to be able to “exercise political power by pursuing goals concerned with ‘human life and conduct’” (p. 245). Also, all the scholars who contributed to that issue identified the varied roles technical communicators play in the public sphere. To be sure, Bowdon (2004), writing in “Technical Communication and the Role of the Public Intellectual,” tells a story of her involvement with a local AIDS prevention program to exemplify how technical communicators can act as public intellectuals. She argues that with our understanding of language as an ideological paradigm and genres as socially and politically situated, we can contribute responsibly in the public sphere by bringing our “specialized knowledge to serve as a liaison” (p. 329) among stakeholders in our communities. Though she was only invited to this AIDS project as an editor of technical documents, she realized that she was involved with something larger than “just editing.” Through the narration of her participation in this project, she helps us to understand that as public intellectuals, the onus lies on us to “make our work part of the public sphere;” “recognize the democratic functions of our work as educators;” “create positive changes in our communities by recognizing kairotic moments for intervention;” and “recognize our own situatedness within work contexts” (pp. 325–326). It is necessary to expose students to ways in which they can initiate local action to effect changes in their communities (p. 326). Elsewhere, the recent collection edited by Agboka and Matveeva (2018) reinforces the civic role of technical communicators by emphasizing how TPC scholars are already engaged in improving the lives of individuals in local, global communities.

This special issue demonstrates that as technical communicators, we can help find some answers to the problems we encounter in our societies (p. 66). We need to apply our “specialized knowledge” in service of community (Bowdon, 2004, p. 329). The articles assembled in this special issue take up all these issues highlighted in this introduction. There are five articles in this special issue. Each of these articles complicates our traditional notions of a technology and discusses ways in which such a technology may be used to advance or inhibit electoral outcomes/integrity.

Writing in “Racial Gerrymandering and Geographic Information Software: Subverting the 2011 Texas District Map with Election Technologies,” Fernando Sánchez positions electoral maps and legal policies as technologies, and discusses how mapmakers in Texas subverted language from the Voting Rights Act in order to produce a visual document (the redistricted map) that mitigated the voting powers of Latin@ constituencies. Drawing specifically from the 2017 Texas court case involving the 2011 district map involving districts 27 and 35, he points to how race and ethnicity are impacted by the legislative and mapping technologies that shape our elections. Sánchez admonishes technical communication scholars to move beyond compliance and instead constantly aim for promoting equity in their work.

Still on the theme of race and social justice, Natasha Jones and Miriam Williams also highlight how types of technical communication (such as forms, manuals, reports, etc.) can be used to consciously disenfranchise voters or preserve and maintain oppressive power structures. Specifically, they show how historical documents such as literacy tests and voter registration applications were administered to Blacks from the 1890’s to 1965 to intentionally confuse and prohibit them from voting in U.S. elections. Through their analysis of these forms, the authors prove that forms, as innocuous as they may appear, are not always designed with good faith or good will in mind. Instead, some technical communication documents can be used and have been used to uphold oppressive power structures and implement harmful and oppressive practices. They therefore recommend that technical communicators “consider not only what technologies and text are designed to do, but how they are actually used in practice, and how to identify the opportunities, places, and obligations to intervene.”

Jennifer Sano-Franchini examines Facebook as a technology and how its UX/interface design has contributed to user engagements that have implications for the current political context within which we live and work. She particularly discusses the ideological, political, and epistemological implications of the interface design, with a focus on how Facebook’s user interface creates spatiotemporal realities and mediated intimacies that shape user experience (UX), as well as how it encourages particular forms of engagement while discouraging others. She ultimately opens up possibilities for more democratic, culturally reflexive technologies for disseminating a wide range of political and election-related information while also highlighting how user politics are in large part shaped by digitally networked and mediated intimacies.

In “Bitcoin, Blockchain, and Ballots: Technical Communication and Trust in Electoral Systems,” Jim Nugent takes on questions of trust, voter confidence, and election technologies. He investigates these by providing an overview of some of the principles of election integrity and by discussing some of the implications of emerging digital technologies for building trustworthy election systems. A key component of his discussion is the “blockchain” technology, which he explains as the technology that enables the online cryptocurrency Bitcoin and examines its potential as a voting technology. Nugent demonstrates the possibilities and challenges that technologies like blockchain might bring to election systems, as well as what insights they may provide into transparency and trust as operative principles in elections more generally.

Similarly, Matthew Bridgewater discusses how election technologies imbue office holders with legitimacy. Specifically, he examines how elections technology company websites establish ethos, trust, and public confidence with their audiences. Bridgewater argues that while elections technology companies rely on strategies such as appealing to expertise and American history and patriotism, they often frame company ethos using the rhetorics of business profitability and the efficiency and impartial good of technology, aligning these rhetorics with the goals of democracy to legitimate the voting process. His work suggests that elections technology companies create public confidence and trust by showing their commitment to democracy through not just traditional appeals to expertise, or to traditional American tropes, but through the ethos and rhetoric of business and technology.

In many ways, TPC scholars are aspiring to become what Johnson (1998) refers to as “participatory citizens.” If we consider ourselves as citizens who have to participate in the affairs of a larger society, then, we will be able to carry the knowledge we acquire into the political arena, the space created for decision making. In the political arena, Johnson states, we are invited to participate and we, in return, should respond to the call of participation by contributing to the common “good of the community.”

Dorpenyo, I. (2016). “Unblackboxing” technology through the rhetoric of technical communication: Biometric technology and Ghana’s 2012 elections. Available from Pro Quest Dissertation and Theses.

Haas, A. (2012). Race, rhetoric and technology: A case study of decolonial technical communication theory, methodology, and pedagogy. Journal of Business and Technical Communication, 26, 277–310.

Rose, E. (2016). Design as advocacy: Using a human-centered approach to investigate the needs of vulnerable population. Journal of Technical Writing and Communication, 44, 427–445. 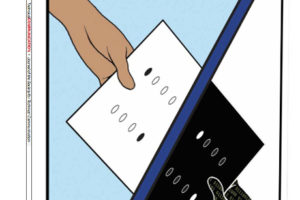 Technologies of Disenfranchisement: Literacy Tests and Black Voters in the US from 1890 to 1965

Designing Outrage, Programming Discord: A Critical Interface Analysis of Facebook as a Campaign Technology
On the Cover