One of the ongoing challenges in the technical communication profession is identifying what technical communicators do and the tools with which they work. It sounds like a simple question, but it has been the subject of STC committees, university research studies, and countless articles in professional magazines and blog posts.

Previous studies have either used methods that limit the number of people who can participate, or they have focused on a particular type of communicator (such as user assistance specialists) or a particular issue (such as technology).

The next part of the census provides a comprehensive portrait of the jobs of technical communicators: job roles and reporting relationships, work practices, and job-related perceptions. The results could differ from your own work situation.

As also noted in the first article of this issue, the majority of the participants in the census (62 percent) identify their primary job as a writing role: 37 percent as writers and another 25 percent as writer/editors. The next largest group of participants identify their job role as management (14 percent). Other traditional roles identified with technical communication represent just small percentages of the census participants: project managers represented 5 percent, editors (without writing responsibility) 3.5 percent, subject matter experts who have writing as part of their responsibility 2 percent, and business owners (with two or more employees other than the participant) represented 1.5 percent. Also as noted in the first article in this issue, illustrators and UX specialists represent just 0.6 percent and 0.8 percent (respectively) of the participants. Figure 1 shows the primary job roles of technical communicators.

About 25 percent of the participants were in a senior role. The majority use the term “senior” to indicate this status, but 3 percent each use the terms “principal” and “lead” to do so.

Department to Which Technical Communicators Report

As noted in the previous article in this issue, the census results suggest 40 percent of technical communicators work in one of two departments within organizations: information technology and information services (IT/IS) (21 percent) and research and development (19 percent). Only 6 percent work in the manufacturing department and 5 percent in the marketing and sales department. 22 percent work in another department.

What do technical communicators do in their jobs? That is, what products do they produce, what work practices do they follow, and what technologies do they use? The next section reports what the census found.

To get a sense of the most common types of work products produced by technical communicators, the census asked participants to identify from a list as many as many as five types of products on which they worked most during the previous 12 months. The most common was user guides, on which 66 percent of participants worked during the past 12 months. Second was help and user assistance topics (52 percent), reference material (46 percent), tutorials and training materials (45 percent), and policies and procedures (40 percent).

Work practices, such as structured writing, translation, and agile methodologies, also play a major role in the work of technical communicators. To get a sense of the extent to which several practices that are well covered in professional and peer-reviewed publications in the field affect the work of technical communicators, the census asked participants to identify the extent to which six practices affect their current work projects or, for those between jobs, their most recent work projects.

Note that some participants did not respond to the question, so the percentages do not add up to 100 percent.

Technology also plays a major role in the work of technical communicators. To get a sense of the technologies used most, the census asked participants to identify from a list as many as seven technologies with which they worked most during the previous twelve months.

The most widely used technology by participants was word processing, used by 76 percent of participants. Next were Acrobat (66 percent), spreadsheets (65 percent), presentation graphics (51 percent), and graphics (43 percent).

Although an article later in this issue explores in-depth the perceptions that technical communicators hold of their jobs and careers, this section reports on some particular perceptions of the feedback received on their work, the time available to perform their jobs, and their general job satisfaction.

Perceptions of Feedback Received on Work

In general, participants feel they receive feedback on their work. Sixty-five percent of participants either agree or strongly agree with the statement, “My superiors provide me with feedback on my work. (For those who are employed, superior is your supervisor or manager; for those who are contractors or self-employed, your superior is your client or the person who places you in positions, such as a recruiter).” More than a third, however, feel that they do not receive feedback, with 19 percent disagreeing or strongly disagreeing with the statement about feedback and another 16 percent neither agreeing nor disagreeing.

Satisfaction with the Job

This basic analysis of the jobs and work practices from the census suggests the following: 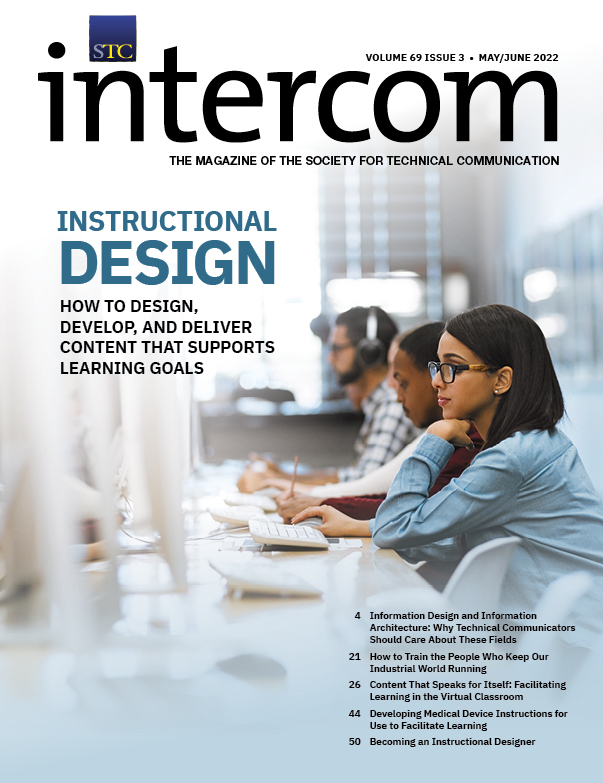